More than great theatre! Summer camps, dance classes, improv and more! Chanhassen Dinner Theatres is committed to delighting its audiences and creating lifelong memories with a high-quality, end-to-end theatre, dining and service experience. Groups of 12 or more are entitled to special prices and benefits.

COVID-19 SAFETY PROTOCOLS
Our plan is to follow the same safety protocols as is followed in the schools and provided by the CDC and MN Department of Health.  As the guidance changes, we will update our practices accordingly, always with the utmost safety in mind for our campers and instructors.

ON THE MAIN STAGE:

When Ren and his mother move from Chicago to a small farming town, he is prepared for the inevitable adjustment period at his new high school. But he’s not prepared for the rigorous local edicts, including a ban on dancing instituted by the local preacher, who is determined to exercise control over the town’s youth. When the reverend’s rebellious daughter sets her sights on Ren, her roughneck boyfriend tries to sabotage Ren’s reputation, with many of the locals eager to believe the worst about the new kid. The heartfelt story that emerges pins a father longing for the son he lost against a young man aching for the father who walked out on him.

To the rockin’ rhythm of its Oscar and Tony-nominated Top Forty score, augmented with dynamic new songs, Footloose celebrates the wisdom of listening to young people while guiding them with a warm heart and open mind.

Footloose first burst onto the silver screen in 1984 and proved to be one of the year’s most successful motion pictures. The soundtrack recording reached #1 on the Billboard charts, and went on to sell over 17 million copies worldwide, generating such Top Forty hits as its title song and “Let’s Hear It For The Boy” (both of which received Academy Award nominations), plus “Almost Paradise,” “Holding Out For A Hero,” and “I’m Free (Heaven Helps the Man).” With a screenplay and lyrics by Oscar winner Dean Pitchford, the story focused on young people, much like his previous, and wildly successful movie musical F

Group discounts aren’t just for corporate, student and travel groups. Families, friends, churches, community organizations – any group of 12 or more receives special rates and benefits. Reservations can be made up to a year in advance and your dinner & show ticket includes gratuity! Contact our group sales specialists to discuss your group’s specific needs, requests or questions. We look forward to working with you!

The CDT Concert Series has some of the best tribute concerts in the Twin Cities of Minneapolis and St. Paul, Minnesota and features the finest musicians in the region. Concerts are scheduled almost every weekend, so you always have an option to have a night out!

Since 1994, more than 13,000 kids and teens have learned about the magic of musical theatre as only Chanhassen can do it!. Students are given opportunities to explore a wide spectrum of musical theatre components including voice, movement, costumes, scenery, stage combat and more!

Visit the ChanDT’s Website
Maps were disabled by the visitor on this site. Click to open the map in a new window. 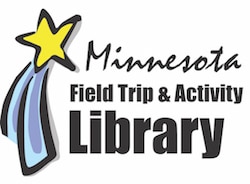