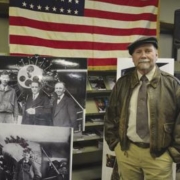 Arn Kind, an educator with over 40 years experience, comes in the regalia of the time to your group to bring Minnesota History to life and make it real for you with interactive experiences in a number of topics related to the history of the 32nd state in the Union.

Topics include Minnesotans playing key roles in the Civil War and World War II. As well as the foiling of Jesse James and his gang when they came to rob banks in Minnesota. The amazing solo transatlantic flight of Charles Lindbergh, who grew up in Minnesota, was a huge step in the development of aviation. Minnesotans have also shown how innovative they are by coming up with many products and inventions that have changed and improved the world we live in.